In November 2018 Jordan reached the finals of the world skills show held at the NEC in Birmingham. This was a culmination of national heats held across the UK with the top 8 competing over 3 days, producing 5 pieces under timed conditions. These designs had to be created in front of the general public.
World skills is unique in the fact that you have no prior warning as to which flowers you’ll be working with and two of the tasks are surprise items so you have no time to prepare.
Although not achieving a medal the experience gave Jordan a taste of performing at a high level of competition and was an opportunity to put into practice all the skills and techniques learnt at the Academy of Floristry. 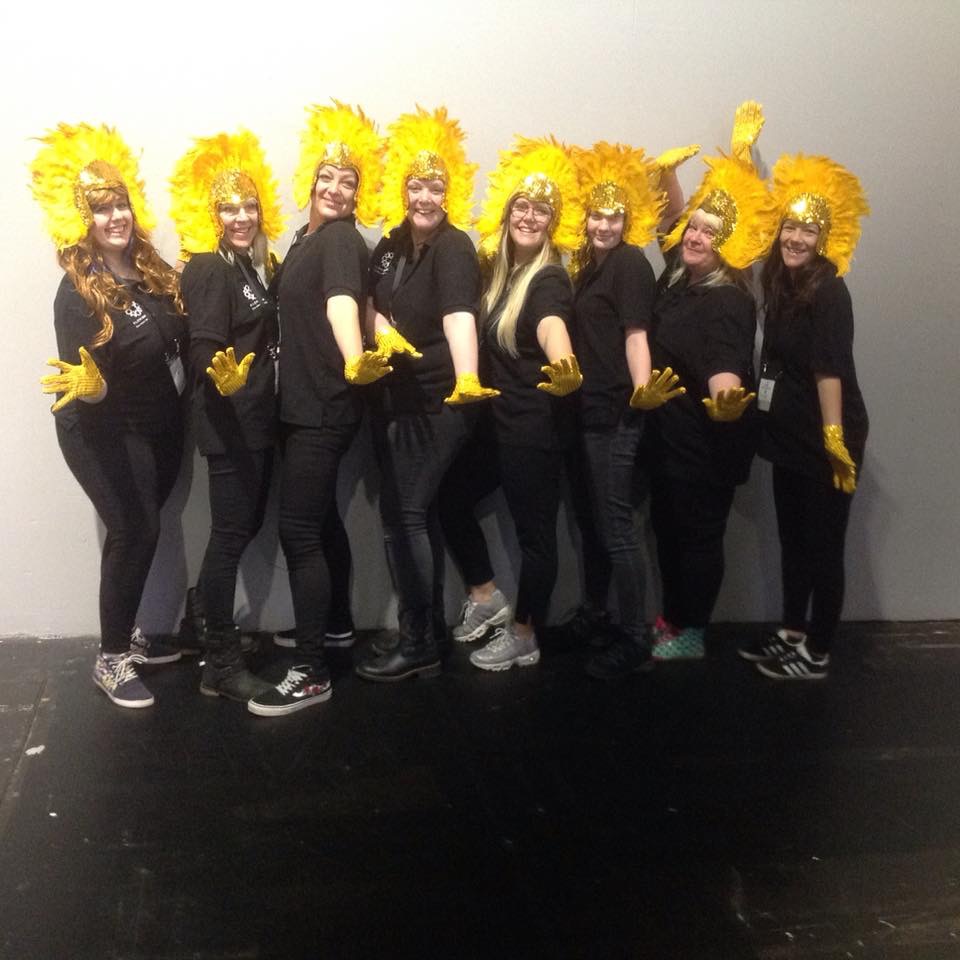 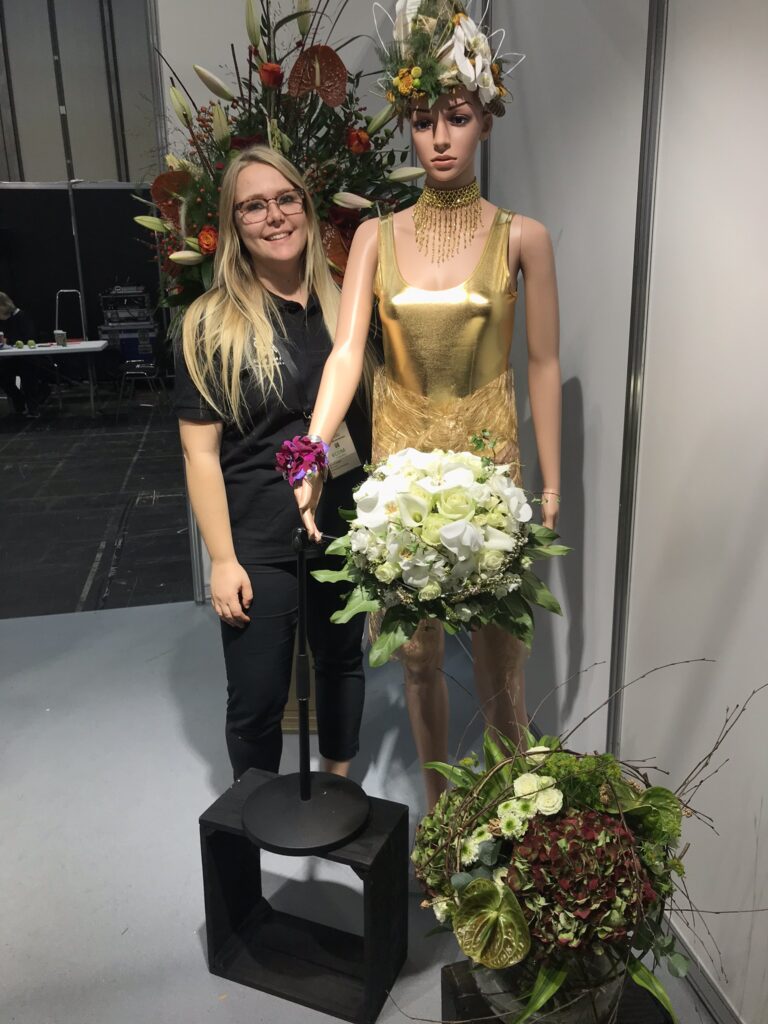 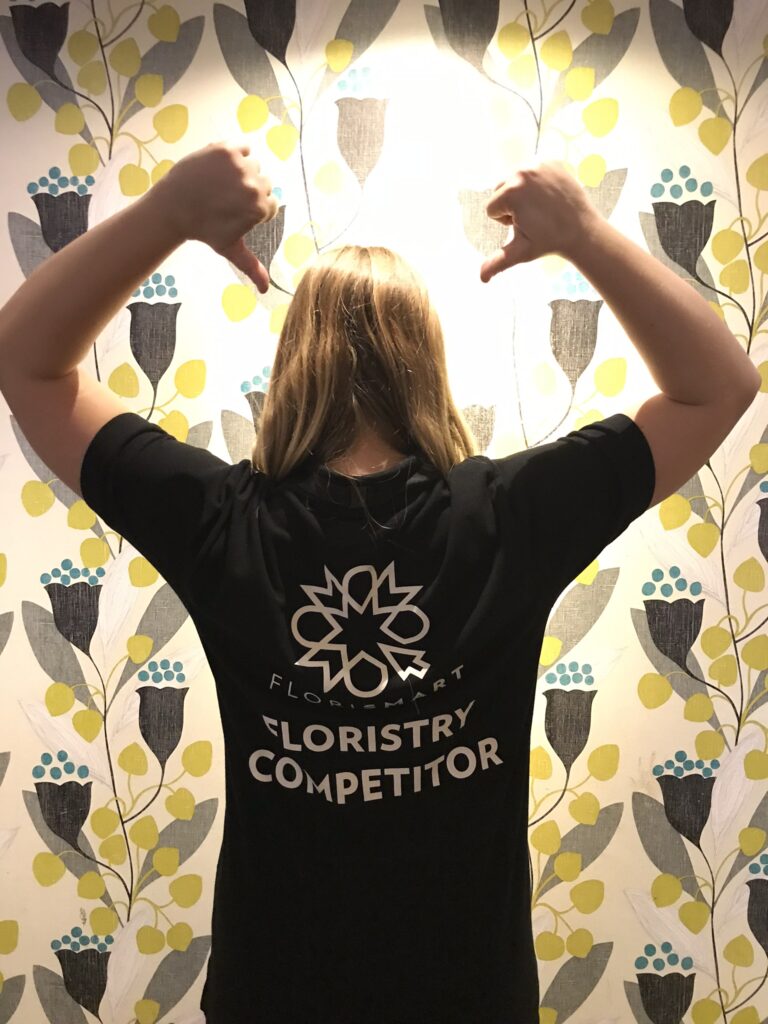 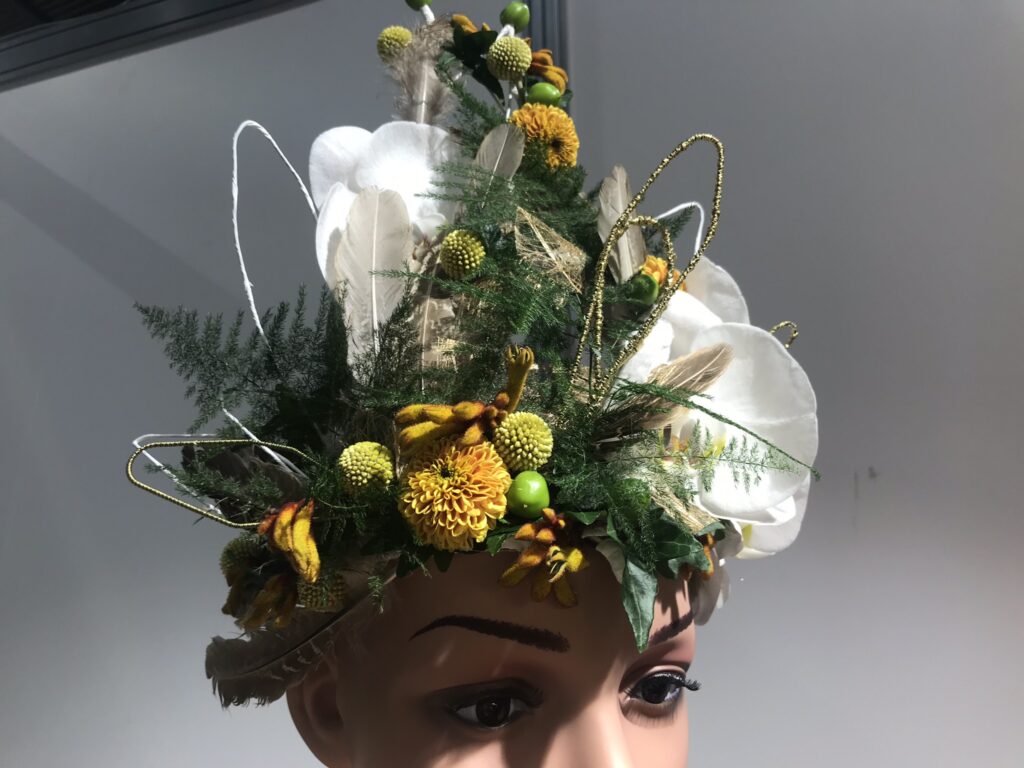 In the summer of 2018 Jordan entered her regional heat for the RHS Chelsea flower show. This involved creating a wired bridal bouquet where she produced a white and yellow bespoke design, Jordan came first in her heat therefore securing her place at the RHS Chelsea flower show.
The theme for the final of the young florist of the year was a royal crown chosen to commemorate Queen Victoria’s birthday. It stated in the rules that the crown had to be completely wired and the judges would wear the piece as part of their marking criteria. As the piece was a wired design it was important that the flowers chosen lasted well out of water as the crown was constructed days before judging. Jordan chose to use Ornithogalum, Alliums, Orchids, Kalanchoe, Limonium, Asparagus and Dianthus.
The contestants were told the crowns would be displayed on a white plinth against a white background so for maximum effect Jordan chose to work with purple, pink, orange and yellow colours.
The judges were particularly impressed with the high standard in the young florist category awarding 4 gold medals compared to 1 in the florist of the year category. Jordan was delighted to be awarded a silver medal in her first year of competing at the show. 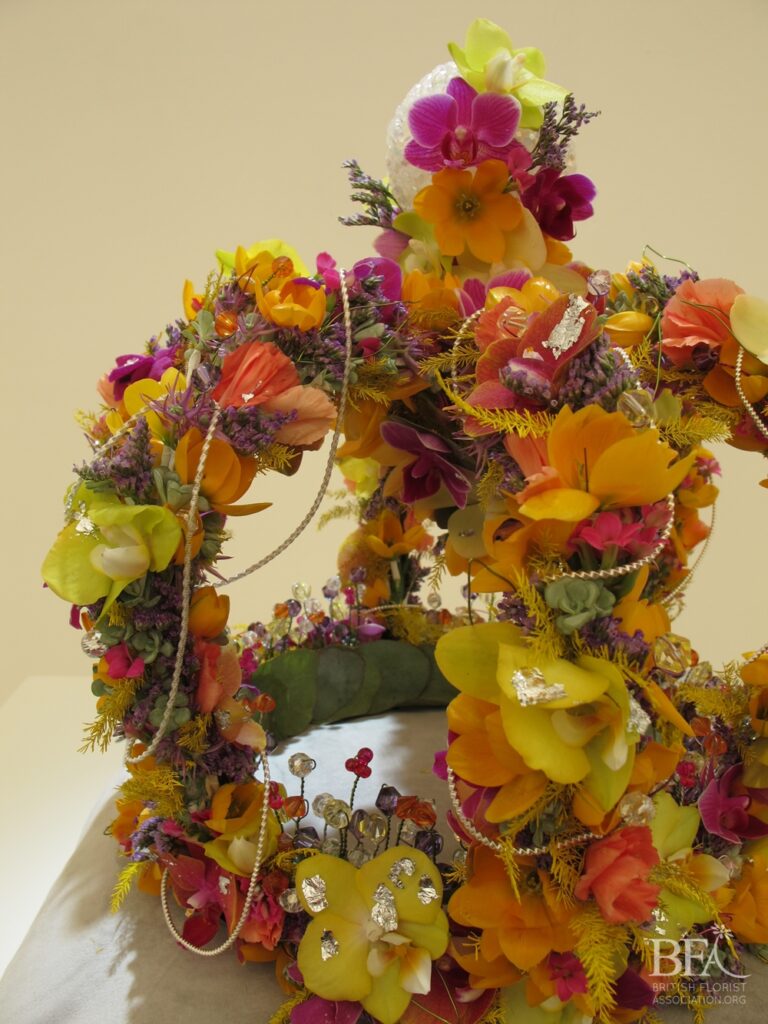 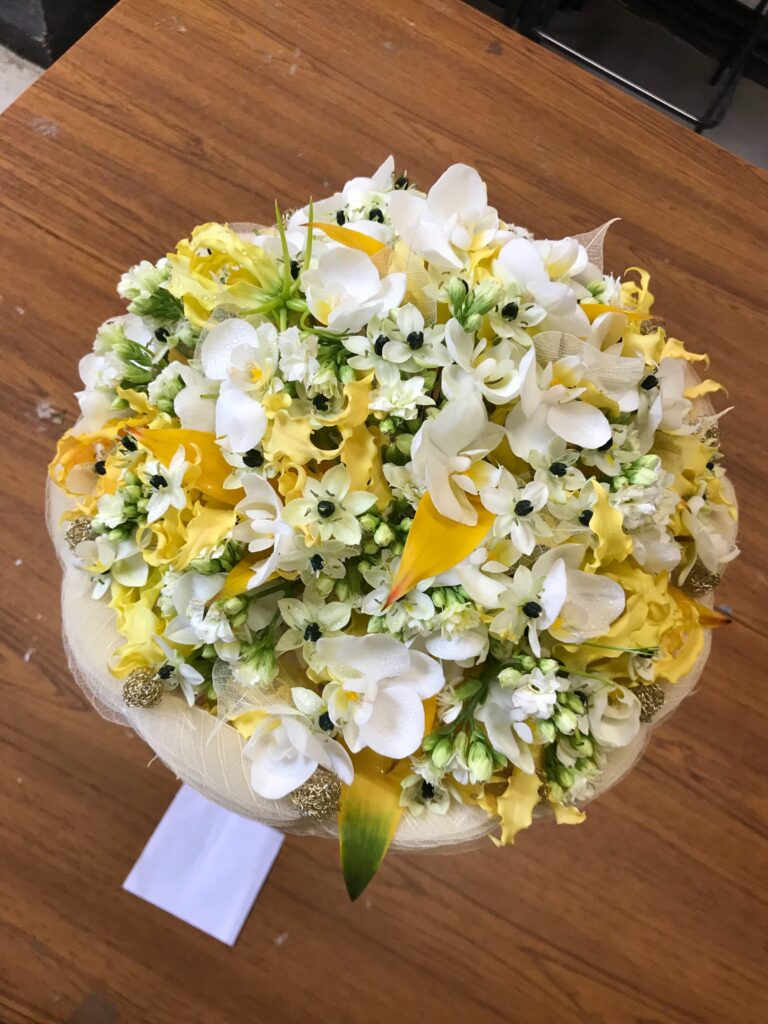 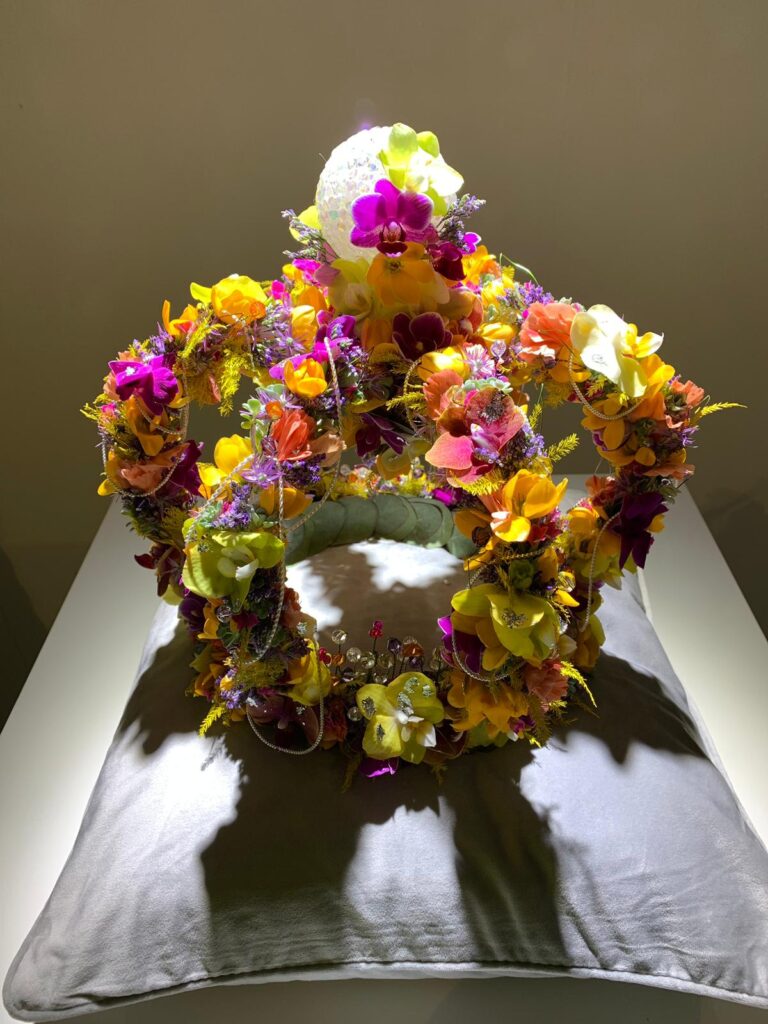 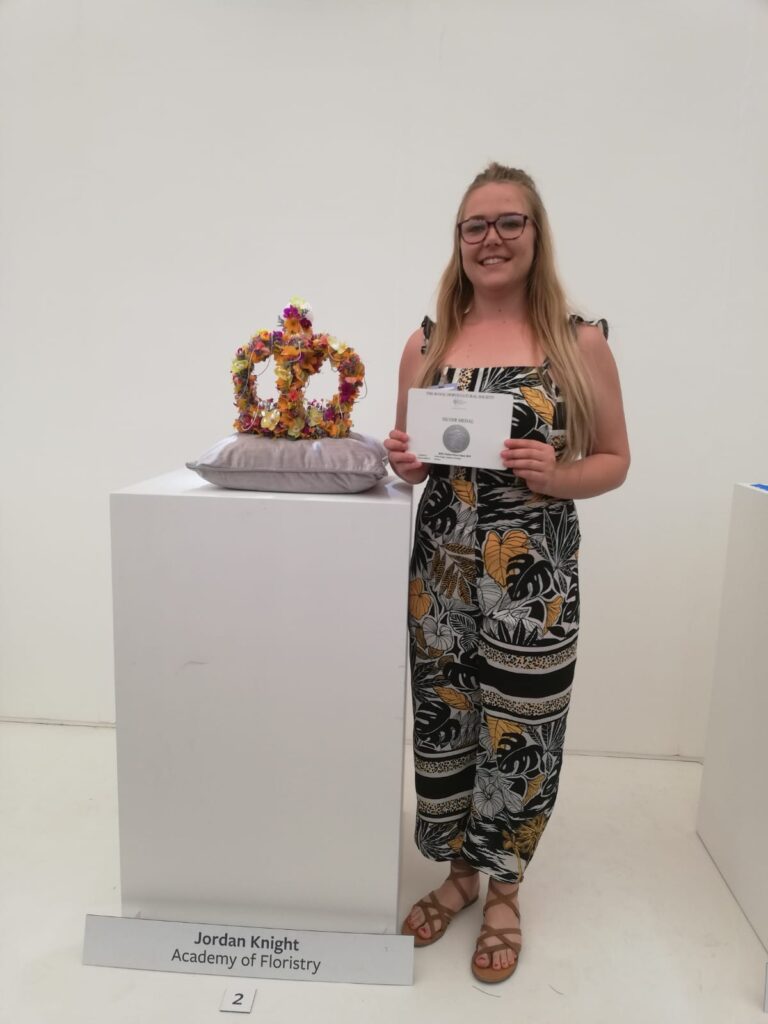 Having exhibited at Leeds Castle in 2017 with the Academy of Floristry Jordan was delighted to be invited back in 2019.
She teamed up with Kay Willis and Kara Halford to create a unique design. They were all inspired by movement and tried to represent this in their arrangement. They also decided to use bright, tropical flowers to create a bold carnival design in the centre of the castle where they had been allocated a courtyard area.
They were lucky enough to display their work along side many amazing florist such as Phillip Hammond, Matthew Landers, and many more! 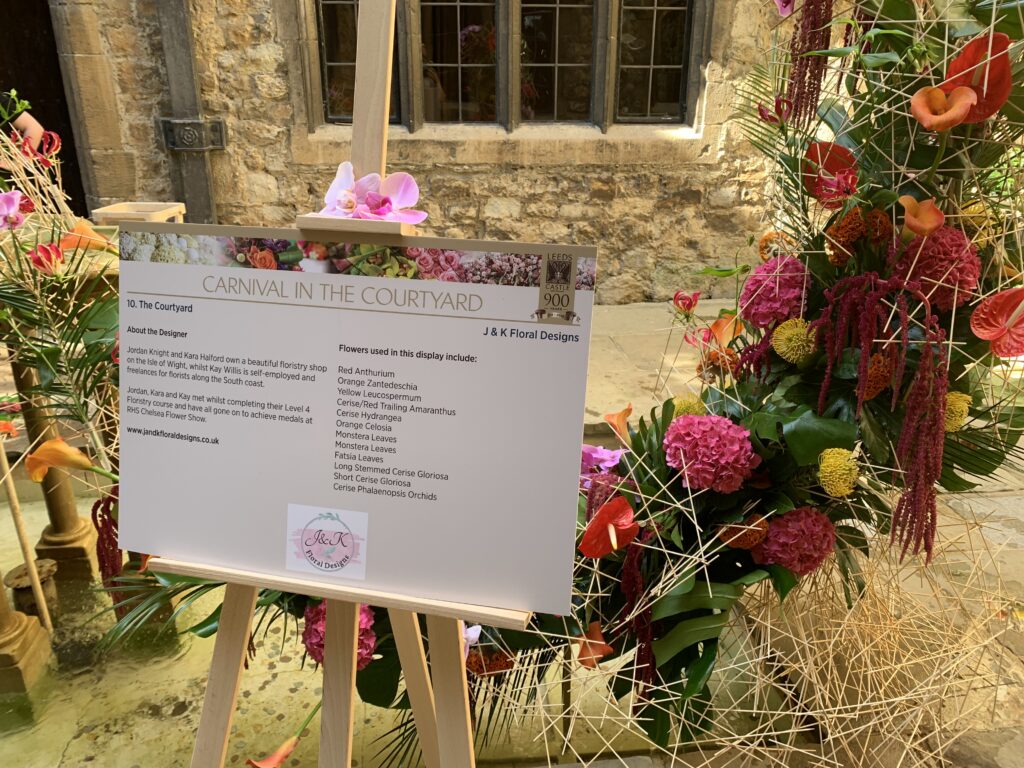 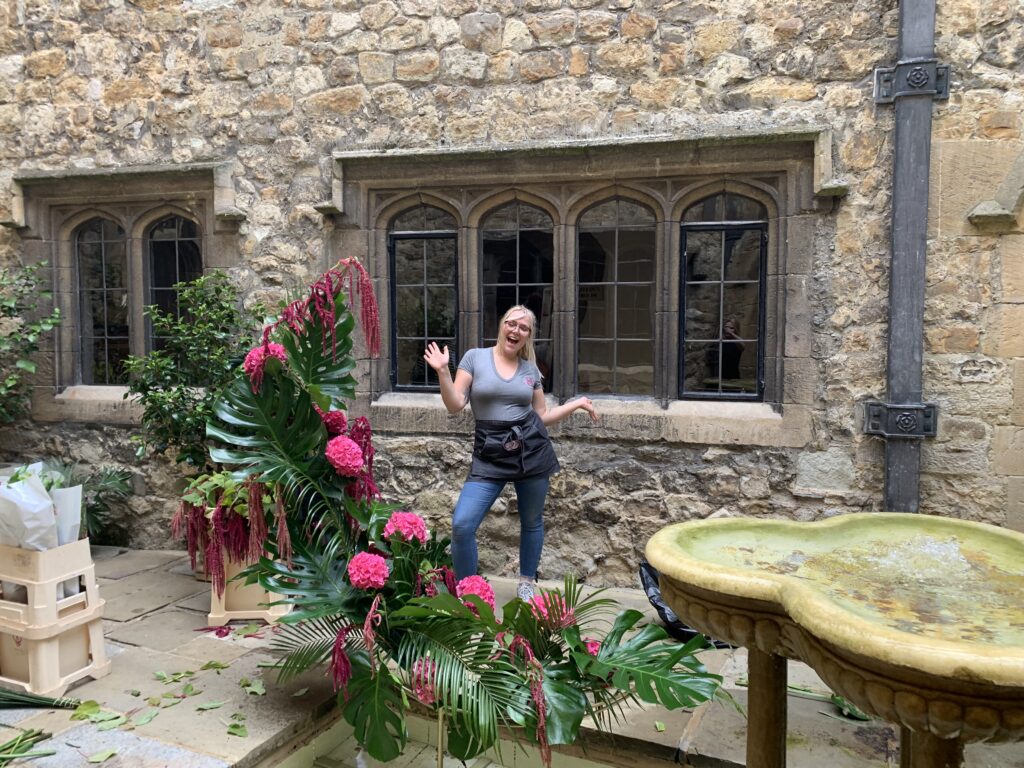 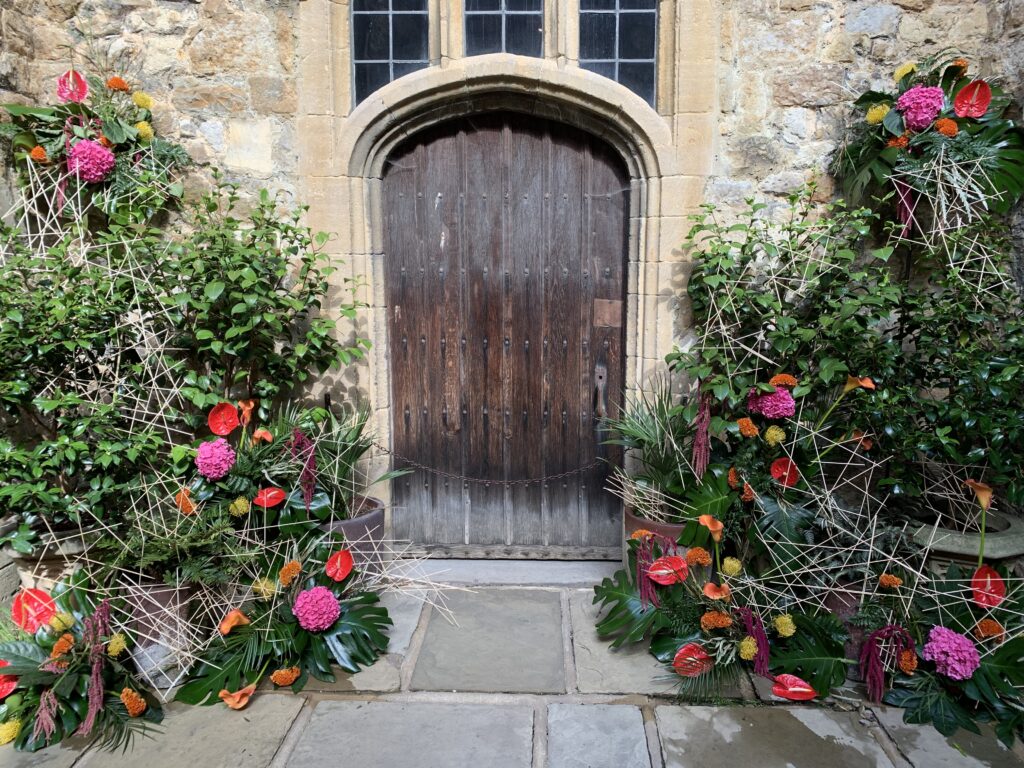 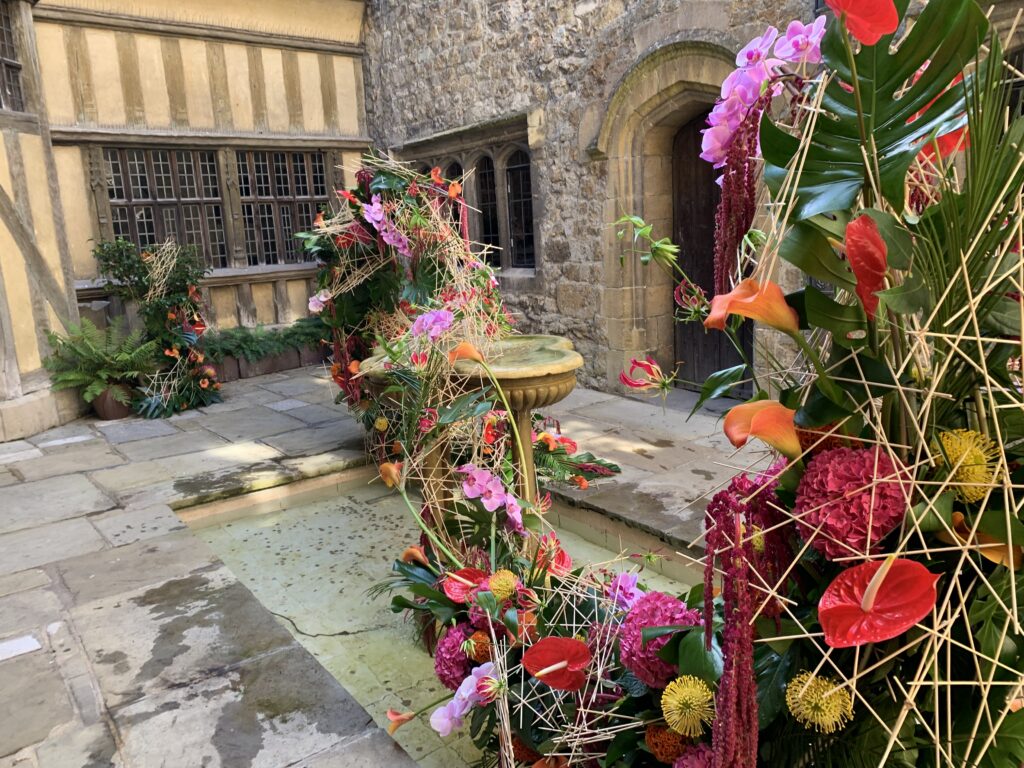